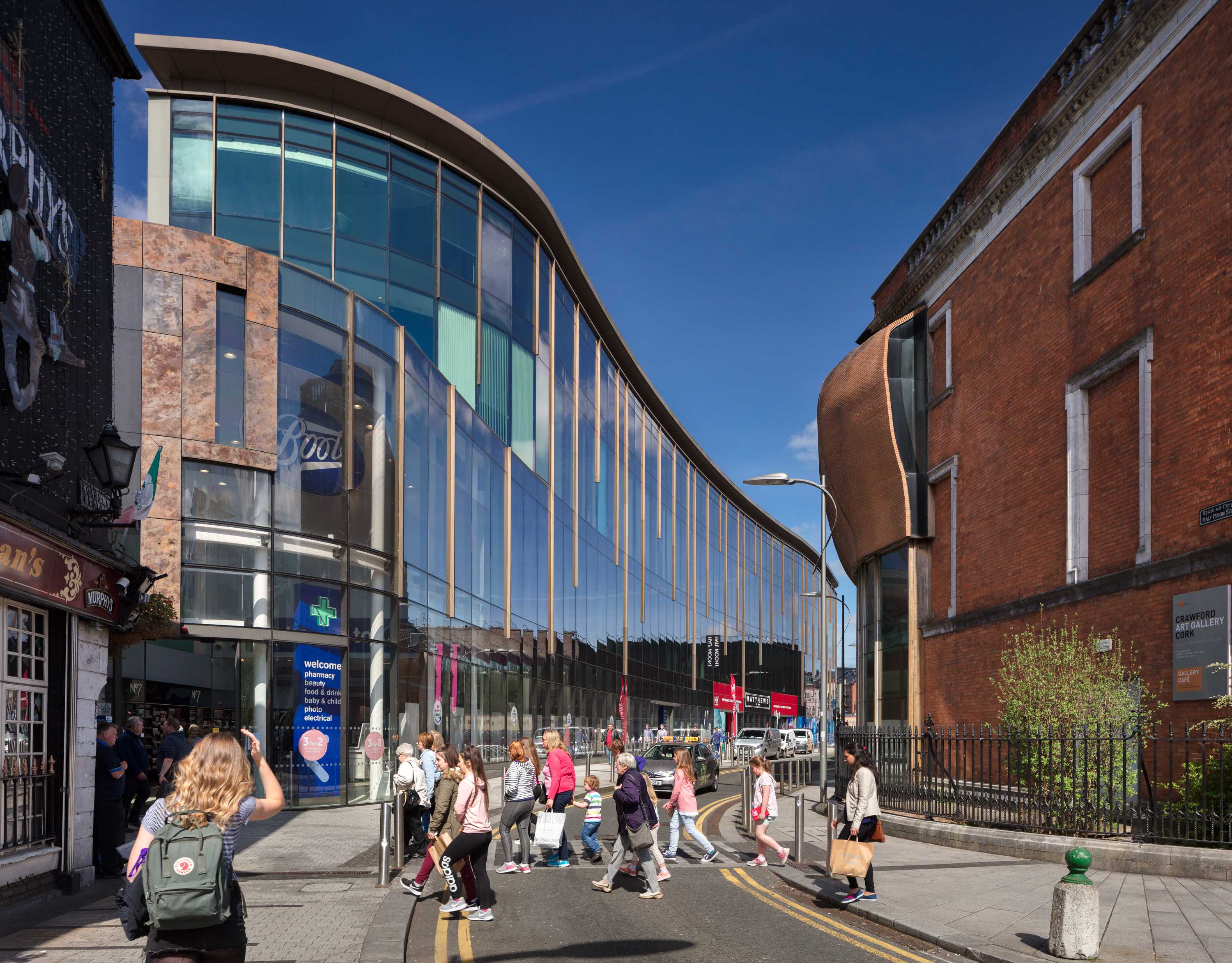 Half Moon Street, which was completed in 2009, is one of the most significant mixed-use assets in Cork City and provides 120,000 sq ft of space in a prime waterfront location, overlooking the River Lee. The building is split between 56,000 sq ft of Grade A office and 63,000 sq ft of flagship retail space let to two blue-chip tenants, representing 96% of the income security.

The building sits at the corner of Half Moon Street and Lavitt’s Quay and is within walking distance of Cork’s principal shopping streets, Opera Lane and Patrick Street, and The Elysian, Kennedy Wilson’s existing multifamily presence in Cork.

Peter Collins, President of Kennedy Wilson Europe, said: “Half Moon Street is one of the most prominent buildings in Cork city centre. This attractive acquisition adds a high-quality, well-located mixed-use asset to our Cork portfolio at a significant discount to replacement cost and represents a renewed commercial presence for Kennedy Wilson in the city. We are excited by the potential for value-enhancing asset management angles and are confident in Cork’s fundamentals as a top European city, underpinned by its lower occupancy costs relative to Dublin, strong connectivity both for travel and telecoms and future growth prospects.”

Cork is the second largest city in Ireland and competes for foreign direct investment on a global scale. It is home to over 150 multinational companies with a focus on technology, pharmaceutical, life-sciences and cyber security and boasts eight of the world’s top ten pharmaceutical companies. Cork also represents a deep pool of talent for employers, with a highly ranked university and 55% of the population under 39 years of age. Cork is projected to grow by 50% by 2040, according to the government and will benefit from significant investment in infrastructure as part of its “Ireland 2040” strategic national plan.

Kennedy Wilson (NYSE:KW) is a global real estate investment company. We own, operate, and invest in real estate both on our own and through our investment management platform. We focus on multifamily and office properties located in the Western U.S., UK, and Ireland. For further information on Kennedy Wilson, please visit: www.kennedywilson.com