Kennedy Wilson To Deliver 1,000 New Multifamily Units In Dublin By 2023

Global real estate investment company Kennedy Wilson (NYSE: KW) and its equity partner have made a significant further commitment to its Irish multifamily business announcing two new major construction contracts at Coopers Cross and the Grange in Dublin, Ireland. Including units recently launched and nearing completion at Clancy Quay, the partnership will deliver over 1,000 new multifamily units to the Dublin market by 2023, expanding its ownership to approximately 3,300 units. 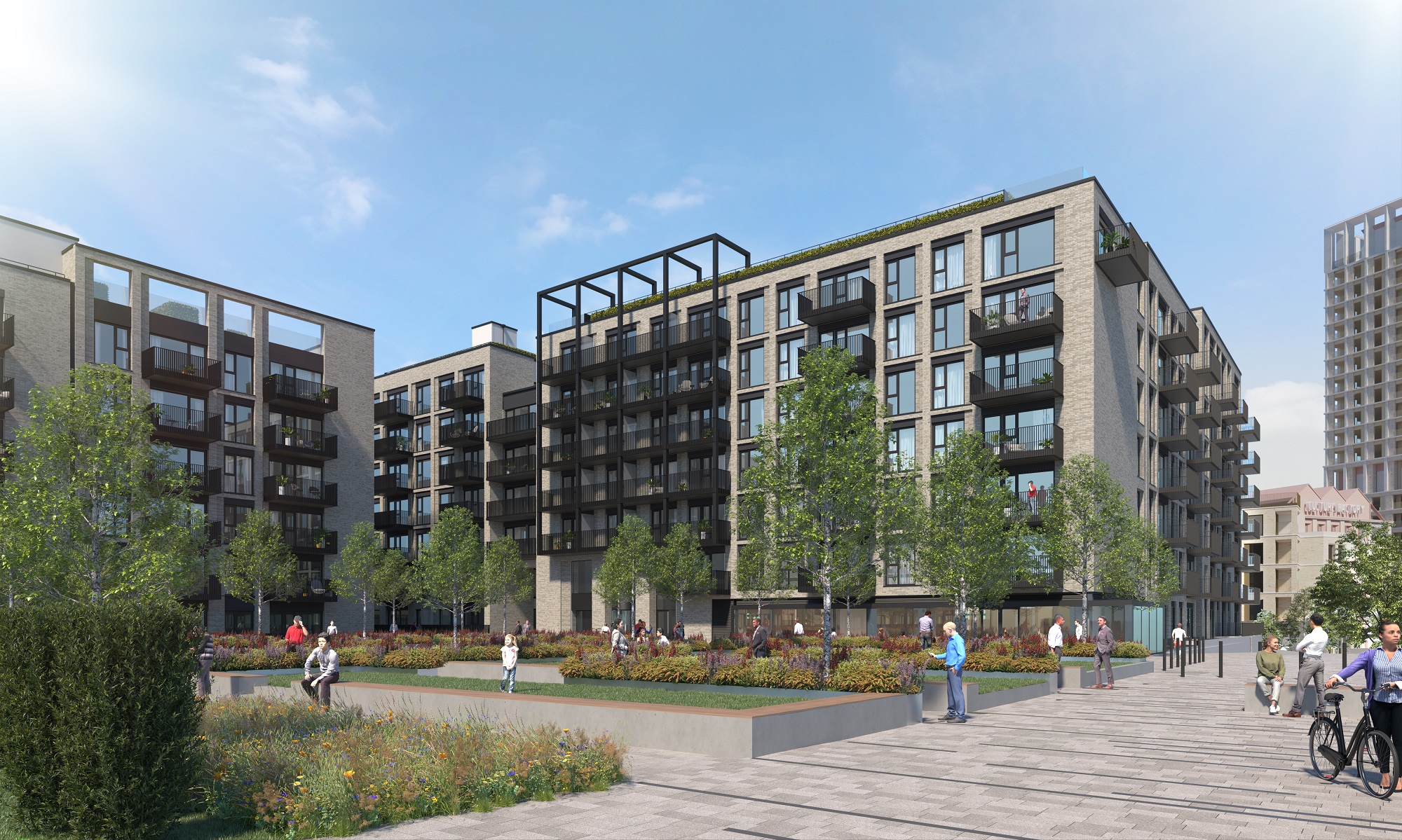 Both Coopers Cross and the Grange developments are designed by award-winning Irish architecture firm O’Mahony Pike, with sustainability sitting at its heart of these projects, which will target the highest LEED, WELL, BREEAM green credentials, alongside NZEB compliance. Coopers Cross and the Grange are expected to employ up to 800 workers during the three-year construction period.

At Coopers Cross, Kennedy Wilson’s new world-class urban quarter in the North Docks, international construction company John Sisk & Son has been appointed to deliver 472 multifamily units. A long-term development loan facility has also been signed with AIG. The multifamily community will form part of an exciting six-acre, city-centre mixed-use campus, with 395,000 sq ft of Grade A HQ offices and extensive amenities including the largest public park in the North Docks. Construction commenced in March 2020 with final delivery by the end of 2023.

At the Grange, Kennedy Wilson’s existing multifamily community in the prestigious South Dublin suburb of Stillorgan, significant progress was recently made with the appointment of John Paul Construction to deliver 287 units as part of the Phase 1 development, which will grow this community to 561 units. A development loan facility was provided by HBFI and construction commenced in September 2020 with final delivery by the first half of 2023.

Both developments will build on Kennedy Wilson’s signature resident amenity offering, including a dedicated resident app, professional onsite management and security along with pet friendly units and dog parks, roof terraces, parks and children’s playground, fitness centres, games rooms, resident lounges, chef’s kitchens and business centres. The new developments follow on from the completion of Phase 3 at Clancy Quay, where 246 new units were recently delivered to the rental market, bringing the total number of units at this signature development to 875 units, once fully complete.

Peter Collins, President, Kennedy Wilson Europe, said: “We are delighted to confirm this significant further commitment to our multifamily business in Ireland. Since our first investment in this sector over eight years ago, we have seen professionally managed rental accommodations play an increasingly important role in addressing the shortage of housing, particularly apartments, in Ireland. We expect these new units will be very well received when delivered in 2023. We are confident that Ireland, the only English-speaking EU country, will make a strong recovery as an attractive HQ destination for global companies, underpinned by a young and growing population, strong talent pool and university system.”

Ali Rohan, Head of Ireland, Kennedy Wilson Europe, added: “Our new projects at Coopers Cross and the Grange will offer exceptional quality urban and suburban rental options, with a fully digital viewing and leasing platform, a high level of onsite resident amenities, professional management, space to work from home and extensive outdoor areas. All these factors are proving key for residents as they manage increased opportunities to work from home, while also facilitating proximity to their work and critical public transport. We are seeing this at Clancy Quay, where our Phase 3 development is already 40% let, with demand outperforming our projections.”

Notable multifamily projects, with a development component include:

Kennedy Wilson (NYSE:KW) is a leading global real estate investment company. We own, operate and invest in real estate through our balance sheet and through our investment management platform. We focus on multifamily and office properties located in the Western U.S., U.K., and Ireland. For further information on Kennedy Wilson, please visit: www.kennedywilson.com.

Special Note Regarding Forward-Looking Statements
Statements in this press release that are not historical facts are “forward-looking statements” within the meaning of U.S. federal securities laws. These forward-looking statements are estimates that reflect our management’s current expectations, are based on assumptions that may prove to be inaccurate and involve known and unknown risks. Accordingly, our actual results or performance may differ materially and adversely from the results or performance expressed or implied by these forward-looking statements, including for reasons that are beyond our control. For example, we may not be able to maintain our current acquisition or disposition pace or identify future properties to acquire on terms we consider attractive, and our current property portfolio may not perform as expected. Accordingly, you should not unduly rely on these statements, which speak only as of the date of this press release. We assume no duty to update the forward-looking statements, except as may be required by law.